Come in, take a pew and put your feet up as we take you on a little journey…a journey in which you’ll experience all the best Xbox One and Xbox 360 news and reviews from the last seven days.

We shall start with the reviews, of which two came your way. First up, Defense Grid 2 on Xbox One brings the tower defense genre to the next generation, exactly six years after the original game wowed us on Xbox 360. But is there still enjoyment in defending those towers and stopping vast waves of enemies from attacking and capturing your power cores? Have a read of James’ review and those questions will be answered!

Secondly, our review of Alien Isolation on Xbox One also went live. For nearly 35 years, videogame developers have tried to recreate the horror, the tension and the suspense found in the original Alien film…have SEGA and Creative Assembly finally created a game that Alien fans around the world will be happy with? Our full review explains all! 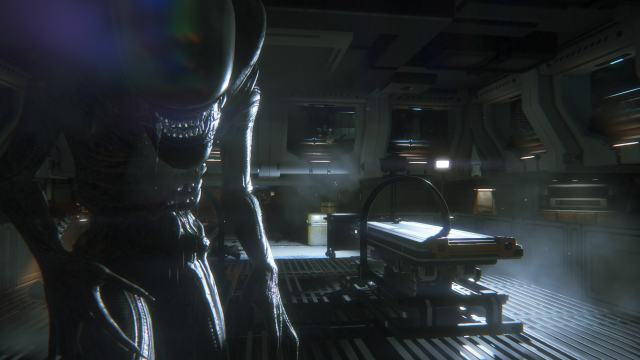 New game wise, and the Xbox One especially has received a couple of decent additions. Our review of Styx: Master of Shadows will be with you in the next few days but first signs are pointing towards a very positive outcome since the games release last week. Styx is an assassin like no other and so if you fancy a stealthy game with very little combat, then check out the digital only download. Alongside Styx, we also saw Divekick release on Microsoft’s big console. A ‘two button fighter’, Divekick promises to bring you a slightly different look at the usually technical, highly advanced brawlers we’ve become accustomed to. The price is fairly decent so it may well be worth a punt.

Have you read this?
Master the Ninjutsu with Naruto to Boruto Shinobi Striker's Boruto Uzumaki (Karma)

Finally, Trials Fusion has received its third content pack in the form of ‘Welcome to the Abyss‘. Taking you into the depths of the ocean, Abyss brings you new tracks, new challenges and new achievements. Again, we’ll have a full review of the DLC live for your perusal soon.

There have also been a fair number of launch and gameplay trailers released in the last week, with the most notable ones as follows:

And that’s about it for this week. A slightly shorter version of A Week In The Hub but we’re sure there are enough trailers above for you to be getting on with!

Oh, and don’t forget to check out (and possibly join) our Forza Horizon 2 Car Club. It would be great to see you on there and is a superb way of making extra in-game XP points!

Have you read this?
Step into the arena of the Gravity Heroes on Xbox One, Series X|S, PS4, Switch and PC

The fantasy world of Ravensword: Shadowlands pops on Xbox, PlayStation and Switch

Looking back to 2006 and the Full Metal Warfare of Battlefield 2: Modern Combat

With Bethesda Landed, Where Could Microsoft Look Next to Bolster the Xbox?

James (@oKidUKo) - April 9, 2021
We use cookies to ensure that we give you the best experience on our website. If you continue to use this site we will assume that you are happy with it.Ok