All I’ve been reading about lately is the Xbox One X－or X.B.O.X.

I’m seeing it everywhere and it can’t be my fault. Even when I want to learn more about some games, it becomes mostly about how well the title plays on the new machine. If you too are feeling left out, then know that you aren’t alone.

I’m sure that I’m not the only one who can’t afford a $600/£450 console that needs to be paired with a $1000/£600 or more 4K TV. It’s a huge investment, and for what? Better lighting effects? I’m not sold on that one because I have never prioritized graphics. If a game is fun, the way it looks won’t affect me at all. Of course if the graphics are so bad that it hinders the gameplay then that’s something else, but other than that I don’t care. I played Super Mario Bros. 3 the other day, and by modern standards the game looks terrible. But it’s still a brilliant and fun game.

If the power of the X.B.O.X was going to revolutionize the way games are played, then gamers would have no choice but to buy it. Me included. But there will be no revolution. The choice will remain. The games can still be played on our antiquated Xbox Ones. Our experience will not be “enhanced”, but I’ll live and I can use the money I saved for the premium ale!

Believe me, I do want one. I had seen an X.B.O.X in Walmart and I fell instantly in love. My internal dialogue was in over-drive as I stood there arguing with my rational side. There I stood, drooling, thinking of all the ways I could cut costs from my life: perhaps my one year old doesn’t need diapers this month, or my car doesn’t need fuel. In hindsight both ideas are bad and that’s probably why I lost the argument to my smarter rational self. I left the store with only the necessities I had gone for.

After I got home I turned on my boring-old Xbox One that I bought in early 2014, played some Middle-earth: Shadow of War and thought that the game looks fine – especially on my lame-good-for-nothing 1080 TV.

So, I’m pretty sure my point is that if you think the gaming world is passing you by, and that you’re missing out on what modern gaming has to offer, then relax. It will be okay. PC gamers have always been light years ahead of us console people and it hasn’t ruined us. Regardless, the games are still going to be great. Despite what marketers will have you believe, better defined lighting effects will not change your life. Sacrificing a couple of mortgage payments might!

I hope I helped ease your minds. I know that rotten feeling when you don’t own the cool toy, and it’s not going to get easier during the upcoming Christmas. The holidays have always been video game season. There will be a lot of ads showing off the new sexy releases. But be strong, and know that in two years the X.B.O.X will be considerably cheaper when a newer and better console is released.

And if Santa is listening, I’ll gladly accept one as a gift.

Overwatch 2 goes free for all

I’m in the same position as you, so it was good to read this article. It can sometimes feel like you are the only person not upgrading. 🙂

Just out of curiosity, do you own a PS4?
If you don’t i would recommend you purchase one this holiday for two reasons. 1st. the PS4 slim will be $199 this holiday and 2nd the games. Think of all the excellent exclusive titles that are coming next year like God Of War, Spider man, Detroit Become Human and much more.

One thing Sony really has done well is put more emphasis on games then hardware the last few years, which is how a console cycle should be.

Almost every event, and I’m using the word “event” lightly, Sony shows a new IP. Some are a few years away but at least you see their commitment to exclusive games.

When Sony decided to make the Pro i was a little peeved as well because i thought it was too soon to make a more powerful console, and yes i felt a little “left out”. But i now realize what they were doing. They could have made the pro as powerful as the One X but they didn’t want the 60 million people that bought the PS4 to feel “left out” the way the X is right now for many that bought the the S or the OG. The pro was never mean’t to be a high end premium console. It was made to give a minority of 4K tv owners a reason to buy a PS4 console for their tv for a reasonable price. It makes me chuckle when i read comments and listen to MS talk about ” look who’s the most powerful now!?” Because it’s like they’re always one step behind and honestly made themselves believe that it was “power” that sold the PS4.

I need to go, but do yourself a favor and buy a PS because at least you know Sony is making the games. 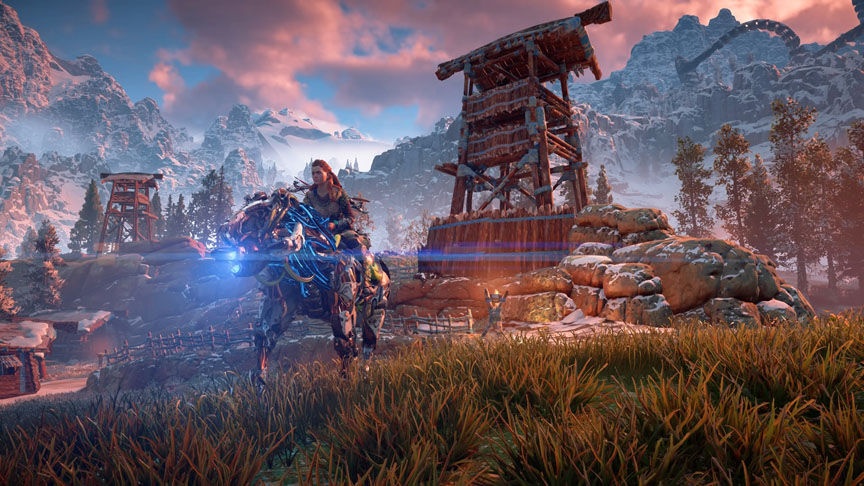 20 million xboner didn’t care about power for 4 years. now they’re up posed to be worried about resolution they don’t even have a TV for

Graphics aside, and there is a substantial difference with my 4k tv : ) gameplay is also much better. For instance, anyone who plays Elder Scrolls Online knows about getting kicked, long loading screens, lag, etc. I have pretty fast internet (cable 50mbps +) and would still experience these issues daily. On bad days I’d get kicked offline every 10-15 minutes. But since getting the xbox x on launch day I havent been kicked once, not once! Little to no lag, loads twice as fast, and graphics are like skyrim enhanced on xbox one (if i had to compare). Well worth the money to me.

Interesting you should mention that Jose as I’m in the exact opposite camp – albeit with a different game. Had absolutely no issues playing FIFA Clubs on my One S, but the change to One X has seen me struggle to complete a single match as ANY due to being kicked constantly.

AAA titles are becoming more and more infeasted with lootboxes and microtransactions i think im not going to buy any more AAA titles.im going to build a pc its has more older games and many non AAA titles with out lootboxes.

Even if you own an Xbox One X, you’re still behind so don’t worry too much

Who cares crawl back under your rock.

You did since you replied. Next question.

I am the same, I really want one but only have a 1080p screen with over 4 years guarantee to run it’s a nice 48″ Samsung and Forza 7 and Horizon 3 looks so good on my original Black Xbox that I just can’t justify the cost of a new screen and the 1080p super-sampled videos do not look £450 worth of upgrade better. I have a PS4 also and found the Pro to be similar. If buying new or either system needs replacing a Pro and an X will be my first choice. I will probably wait until the actual next gen then jump onboard.

I only have a 1080p screen as well so what! Do you honestly believe that the only people buying the X are people who own a 4K TV? If so then you’ve been seriously misinformed. I play mostly third party games and I want the best looking and performing versions on a console and that’s why I bought one. I would imagine that’s the main reason why most people are buying the X, not because of 4K, that’s just more icing on the cake.

Trash post. Xbox One X is pointless and a waste of money for 1080p TV owners.

should have bought the pspro

Yeah it’s no different to cars really. Many people would love to cruise around in a Ferrari but have to make do with a Mondeo. Still gets you from A to B, just with less of a smile on your face… and not as quickly LOL!

Also when a Ferrari only has wheels and no tires, but a BMW M3 has wheels and tires the choice is pretty clear. But you could also stick with the Toyota Corolla or the Subaru WRX they both get you to A & B.

I’ve got a Mondeo and it does put a smile on my face :D. My Xbox One still manages it sometimes too. Playing the (dare I mention) Star Wars BF2 trial, I was really impressed with the graphics on my 1080p telly. I’ll not be buying it though, before I am spammed with comments about lootboxes and microtransactions!!

The comments for this article have become quite toxic so I’d take anything people say with a large dose of salt. But yeah Mondeo’s are great cars, nothing wrong with them at all, the current day Ford Cortina/Sierra. Totally agree with BF looking good but after witnessing the furore over the MT’s I really do hope that this game tanks hard this time around. It’s one thing in F2P but I don’t want these things to take hold as permanent fixtures in full-price ‘AAA’ games.

ABOUT US
Covering only the best in the latest news and reviews for all things Xbox related - Xbox Series X|S, Xbox One, Xbox 360, Xbox Game Pass - we aim to be a one stop hub for all your Xbox needs, without all the useless guff that you really don’t want to know about. Feel free to have a read of our privacy policy.
Contact us: [email protected]
© TheXboxHub 2013-2021 - We are in no way affiliated with Microsoft
wpDiscuz
18
0
Would love your thoughts, please comment.x
()
x
| Reply
%d bloggers like this:
We use cookies to ensure that we give you the best experience on our website. If you continue to use this site we will assume that you are happy with it.Ok