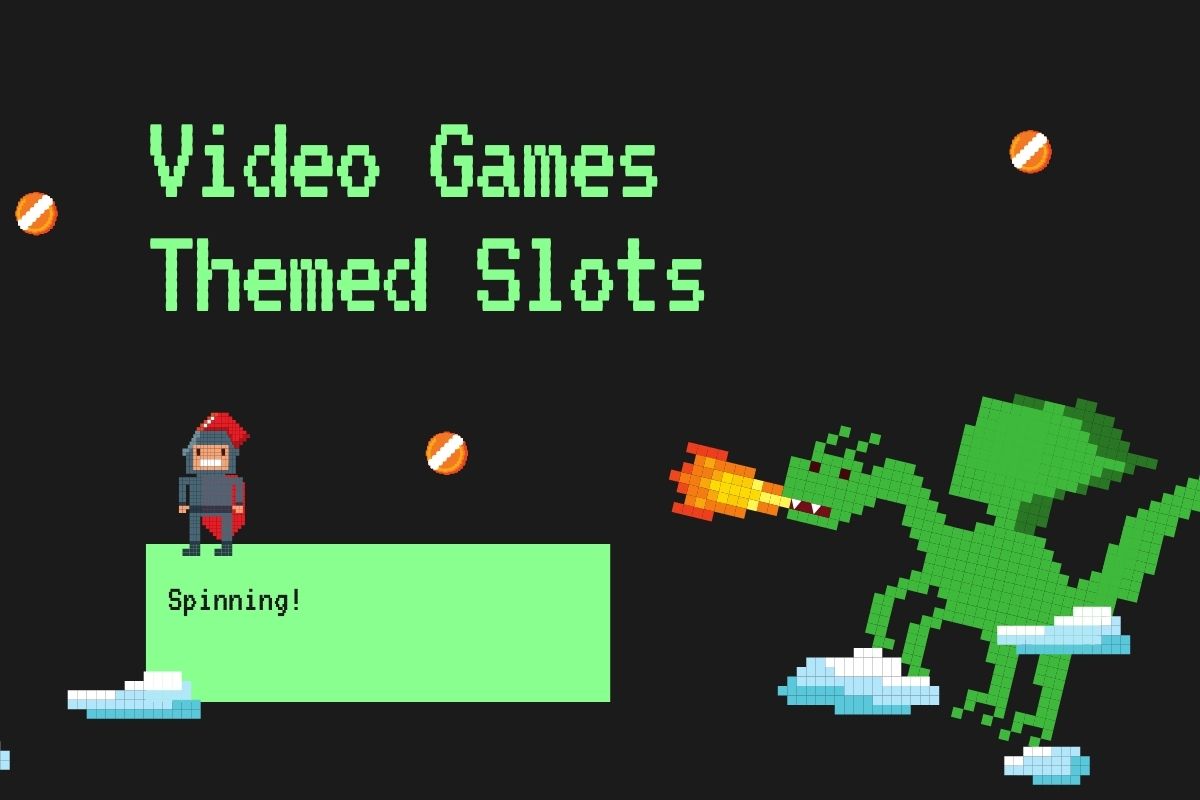 Online slot machines are one of the most popular gaming formats for gambling enthusiasts all across the globe. Consequently, the innumerable software providers try to develop unique slot machines with fresh themes and game-plays to sustain the ever-growing competition and appease the players. Some of the common themes to be found are those adventure, fantasy, horror, mythology, space, music, sports, etc. Of late, video game-themed slots have won the hearts of the punter as it successfully gives an adrenaline boost to the ones playing it. Punters get the best of both worlds by engaging in these video game-themed slots.

Most software developers allow the punters to access these slots across a range of devices like mobile phones, tablets, desktops, and laptops directly through any flash-enabled browser. The titles can be played either for real money or for free in the demo mode at the best Kiwi casinos featured at New Zealand CasinoDeps.co.nz that support them.

Here is a list of some of the most widely enjoyed and accepted slot machines based on video games:

Lara Croft is one of the most popular fictional characters out there and the franchise grows by leaps and bounds. She started as the main protagonist in the Tomb Raider video game franchise and then was followed up by movie productions. Now, Lara gets to star in her slot machine as well. The action-based slot shows small movie clips of Lara doing her thing- leaping and shooting her way out of obstacles in her path.  The slot comes with 5 reels, 15 unfixed pay lines, free spins, scatters, wild and a bonus game that contributes to the immersive experience.

The Tomb Raider Logo is the highest paying icon and the wild of the game. It can not only sub for all other icons to form winning combinations but also pay up to 7500 coins for 5 on a pay line. The scatter is Lara with the guns and it can trigger wins for a minimum of 2 on any active pay line. The free spins are triggered when 3 or more of the scatters appear. The bonus game is activated by a minimum of 3 Idol icons on any active pay line.

Inspired by Agent 47’s Hitman game, the Microgaming slot is a perfect fit for those who enjoy action gaming. The 5 reels, 15 unfixed pay-lines game is worth a try as it comes with an expanding wild, free spins, multiple bonuses, and scatters. The game will enable you to whip up a huge sum of 20,000 in the base game and 40,000 in the free spins rounds.  The short clips of the crazy hitman make the virtual experience all the way more engaging and entertaining.

The Wild is portrayed by Agent 47 himself and the appearance of two or more of the said icons on the reels simultaneously will lead to their expansion as they cover the whole reel, thus boosting the payouts.

Zuma is a power-packed Blueprint slot machine with incredible design and graphics. The video game of the same name was released back in 2003 and it had gained immense popularity to be declared ‘Game of the year’ twice in a row.

The slot features 5 reels and 20 pay lines, bonus rounds, wilds, gamble games, scatters, free spins, and multipliers. One can also benefit from the in-game jackpot feature that gives out small rewards. The average RTP of the slot is capped at 95.74%. Puzzle game lovers are highly likely to find the slot entertaining.

It is unlikely of one to be oblivious of “Call of Duty”, considering its popularity and fan-base. The video game slot machine can be enjoyed in multiple formats, with Amaya Gaming coming up with the slot machine version lately. The dark theme of the game reflects the plot effectively. The game offers many different exclusive features like the tile scramble that is triggered randomly and gives the player another chance at getting a win out of a losing spin.

Moreover, any time during the game, grenades can fly out or mines can explode to add wilds to the reels thus producing more wins. Players get access to the bonus game when a minimum of three Call of Duty logos appear on the reels and all it asks for the players is to shoot to gain free spins and multipliers.

Besides the ones stated above, there are tons more out there in the market. These slots more often than not very closely resemble the original games’ features and storyline, thus offering punters the opportunity to win money while engaging in their favourite video game titles.

Will Gotham Knights be a Success?

Can Racing Simulation Games Get Any Better?

Xbox Game Pass – the Best Value of All?

Do Xbox games increase your transferable skills and overall knowledge?

How a VPN Unblocks Sites and Supercharges your Online Entertainment

The Xbox Games To Play In December