Final Fantasy XIV released in 2010 and as of July 2020, it has reached up to 20 million registered players. The game has released a number of major expansion, which include:

Now it’s 2021 and we are going to discuss if Final Fantasy XIV is still worth playing today.

As for the game’s cost, Final Fantasy XIV does require you to pay a monthly subscription from around 9 Pounds/$13.  Final Fantasy XIV has been generous enough to allow players to make a free trial account. A free trial account means you can experience a large part of the game, including the main core game and some expansion features. You will also be able to level from 1-60 in all the jobs.

There are restrictions to the trial which are: no trading, no market board, etc. More info on the restrictions can be seen on the Final Fantasy XIV website.

Final Fantasy XIV exploration and questing don’t follow one path. Each player will have a unique and independent experience with similarities to not miss out on anything. The land covers multiple environments and biomes from treetop canopies to dust swamps and dry desserts and cities. The game’s visuals are exquisite. Taking in the scenery can be breathtaking.

Final Fantasy XIV is very detailed in all aspects, including character creation. When creating a character you’ll first, be able to choose your race:

Each race can play as any class, so this is purely an aesthetic choice pick what you think looks cool.

Have you read this?
Will Ongoing Xbox Shortages Spell the Beginning of the End for Console-Based Gaming?

The great thing about Final Fantasy XIV Jobs is you can switch to different classes on one character. No need to create another one. It’s as simple as switching out your weapon.

As you level, you will unlock new abilities for that job. With one character, you can explore every aspect of the game.

If you are in a battle with an enemy and that enemy is weak against a particular combat style, you will be able to change spec and come back to destroy that enemy. If your friends bored of tanking you will be able to switch in an instant. Final Fantasy gives you some much freedom and versatility with its Jobs system. 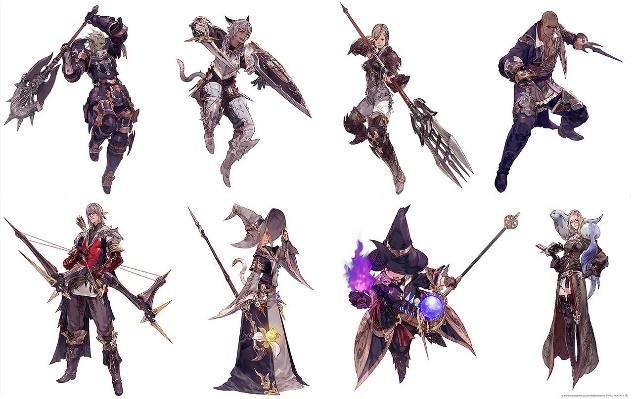 • Bard – songs to cause effects

• Dancer – Dances that cause effects

• Dark Knight – Sacrifices self to cause damage

• Onion Knight – can use other abilities based on other jobs

• Samurai – fights with a sword

• Scholar – can see other enemies information

• Summoner – can summon monsters to fight

• Thief – steals from others

Have you read this?
Online Casino Games on Xbox 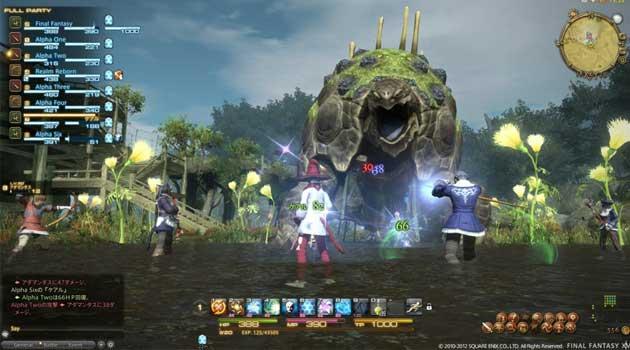 In dungeons and bosses, you will see teams of players working together, pulling off significant feats and combat skills using special attacks and combining abilities to form significant damage and healing.

Battles are dynamic and exciting. Of course, in the early game, battles are dull and boring. You will be mostly auto-attacking until you unlock more abilities combine with cooldowns you will need to pick and choose carefully as you won’t have many abilities in the early stages of your adventures.

Combat is graphically beautiful and has solid mechanics. There is a lot of content as you progress through the game with randomized boss battles to organized dungeons. It does take a long time getting to the good bits of the game, but with any MMO, working towards end game content or better parts of a game will always be a grind.

Final Fantasy XIV takes itself seriously as a solo story. Don’t expect to rush to end game and join your friends in dungeons. This game can be seen as more of a solo classic single player with heavy multiplayer elements. The story isn’t bad at all and is very well written but takes some getting used to, as with any story,

The game begins with a cutscene and has ongoing cutscenes throughout the game. These can be painfully long. If you are very story orientated then these cutscenes should be no problem, and if not, of course, you can skip. In the story, you will meet NPC characters along the way.  Final Fantasy XIV encourages you to read what they have to say and connect with them to immerse yourself and get deeply involved in the game’s RPG aspects. If you spam click through all the text and follow the quest descriptions, then wonder why it feels so shallow because the story is a primary factor of Final Fantasy XIV. If you choose not to engage with the story, you will miss out on a large part of the Final Fantasy XIV experience.

Again, this suffers the same flaw as combat it takes a while to get going the first few hours – potentially days if you’re playing casually. Mid to end game is where you will be having most of your fun so if you can put up with the beginning of the game the mid and end game will be worth it in the end.

Have you read this?
Rocket League Trading: Tricks & Tips

For any new players Final Fantasy XIV has a great tutorial system that can get any beginner to pick up the game and get started immediately. All mechanics new and old are thoroughly explained, so you will never be unsure of what to do in-game.

Final Fantasy XIV is the 5th most popular MMO with around 2 million active players daily. Final Fantasy XIV has thriving guilds and independent companies with constant groups looking to recruit and adventure together. There are also thriving social media platforms that promote and discuss the game from Twitter, Facebook to YouTube and Reddit.

Final Fantasy XIV is a long-term game aimed at long-term players. There are many hours of content here, which requires a lot of commitment.

You will need to enjoy the game for what it is, story-rich MMO. Don’t rely on skipping content or rushing through story’s and cut scene. The main story and quests take a long time to finish, so take the time to enjoy it. If you think you can enjoy a game with a rich story and epic visual combined with MMO elements, dynamic combats, this is the game for you, and you should be playing this MMO in 2021.

FFXIV is definitely worth playing in 2021. And everything in FFXIV doesn’t have to be a grind. Why not use the services of SSEgold.com to help you out. Visit SSEGold.com where you can buy services and in game product like FFXIV Gil, items, class packages, power leveling and so much more. SSEGold is the best and safest way to take care of all your online gaming needs.

The AFL Evolution 2 continues with the new Season Pack 2021

The AFL Evolution 2 continues with the new Season Pack 2021

Head to the Land of the Rising Sun with the latest Railway Empire –...

Paul Renshaw - May 7, 2021
We use cookies to ensure that we give you the best experience on our website. If you continue to use this site we will assume that you are happy with it.Ok