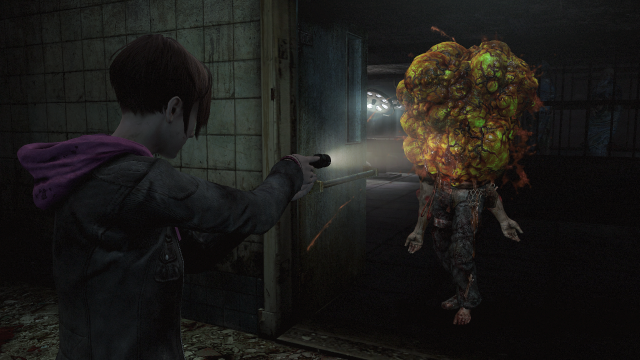 The second episode of Resident Evil Revelations 2 is available now on Xbox One and Xbox 360. Are you ready for a bit of Contemplation?

Continuing the story of Claire, Moira, Barry and Natalia, ‘Contemplation’ will see the group attempt to overcome desperation as they try to escape the island alive.

There will also be new Raid Mode characters and stages included.

You will of course need to have played through Episode 1 of Revelations 2 first. If you haven’t yet done so, check out our review and then get buying it.

Having escaped the detention facility, Claire and Moira join up with other Terra Save members, only to learn they are infected with a deadly virus. Can the group overcome desperation and fear to escape the island alive? Meanwhile, half a year later, Barry must rely on Natalia’s memory to track down his missing daughter, and hope beyond hope that he is not too late. *Additional Raid Mode characters and stages included. *Episode One required to play.

Make your way to the Xbox Games Store and grab your download. It’ll set you back the usual £4.79.

Alternatively, hold tight until the 20th March when the entire game drops in a physical format.

Immerse yourself in the magical world of Hogwarts Legacy

Prison Tycoon: Under New Management stages a breakout on Xbox, PlayStation and Switch

Navigate The Callisto Protocol in style with some new DLC